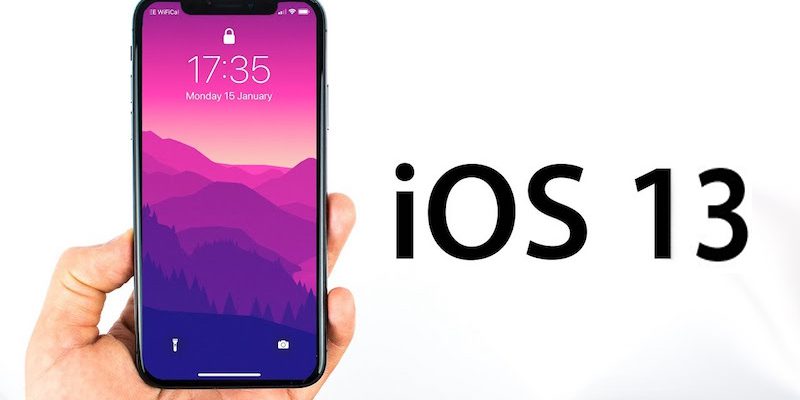 iOS 13 introduces a huge collection of improvements for developers in frameworks, APIs, features, and designs. Let’s see few of the important improvements here.

In iOS 13, we have got a system-wide dark mode. Here are two options, as per the client’s requirement we can support our app in light mode or dark mode or both with the help of Xcode 11. It is a useful feature specially at night when bright hues will be a nightmare. It may also save battery life on the OLED-equipped iPhones, from the iPhone X onwards. This did not come from the mouths of Apple, but we know that OLED will initiate ‘turn off’ pixels when they are into black.

iOS 13 added new icons and symbols to make our apps more appealing. Symbol images use the SVG format to implement vector-based shapes that scale without losing their sharpness. They also support many traits typically associated with text, such as weight and baseline alignment.

Xcode 11 has brought a new way of designing the user interface known as SwiftUI. For a long time, we’ve had to choose between seeing our UI in a storyboard or having a more maintainable option with programmatic UI. Even though storyboards and XIBs have given us what we needed, not everyone is fond of them. SwiftUI is a replacement of storyboard and Xib’s, there is a new way of declarative UI structure that defines how our layouts look and work. Once the UI preview is updated, it automatically generates new Swift code and when the Swift code is changed the UI preview is updated. Even-though it uses controls from UIKit and Appkit frameworks, there are features to be aware of before you dive headfirst into SwiftUI. First, it’s Swift only, we can’t use SwiftUI from Objective-C and we don’t rely on actions and outlets in swift UI .There we use both storyboard and swift UI.

In iOS 13, multiple windows are supported. Here they have handled a lot of new APIs like UIWindowScene, UIScene. With the help of this feature, we can chat on one screen and watch videos on the nearby screen. And we can create multiple UI instances on the same app. With this, we can switch between different screens on the application at the same time.

Through the app switcher, we can see the different scene snapshots, so can decide to switch over on the particular screen.

From a developer perspective, we have to be aware of the new scene delegate life cycle methods. Those delegate methods help to do some works on the particular scene state but the app delegate will define the application state i.e launching and terminating.

iOS 13 has Apple’s default QuickType keyboard that is the swipe-to-type functionality, a common way of sliding across the keyboard which automatically forms words. We’ve used this in prior iOS keyboard extensions like Google’s G board and SwiftKey.

You can use the QuickType and QuickPath methods of typing interchangeably, and so far supported languages include English, Simplified Chinese, Spanish, German, French, Italian, and Portuguese.

Nuisance spam calls drive us crazy every day, and iOS 13 wants to fix the issue with the help of Siri, which scans your Contacts, Mail, and Messages to check if you’ve contacted the caller previously.Silence Unknown Calls sounds fairly smart if you’re not expecting business numbers calling you for work. Those who call you and aren’t on your personal ‘VIP list’ will go straight to voicemail.

Photo editing tools get advanced: Photos now can be edited in 15 different ways. It’s more robust to the point where we’re opening Adobe Lightroom less. Videos also can be edited, and photos can be edited without damaging the Live Photo properties.

We know that thing in a FaceTime calling when you are looking at the screen, the eye contact will be on the downside of another side. Apple fixed this issue in iOS 13 with the help of AI to move the direction of gaze. And then it supports iPhone 10 and later mobiles

6) Connect to wifi and Bluetooth from the control centre:

This is huge – and we’ve been asking for it for several years. You can now select Wi‑Fi networks and Bluetooth accessories right from Control Centre.

Android has been always a step ahead, it has always managed to connect to new Wi-Fi networks or Bluetooth earbuds without moving away from your current app and dive into five Settings submenus. Apple is finally coming around in iOS 13.

Unlocking your phone with our face is wider, so looking at the phone on the desk will open your iPhone up without needing to lift the handset. It helps to unlock the handset very quickly.

Developers are aware of contextual menus feature, it will help to provide people access to additional functionality related to onscreen items without cluttering the interface. It supports only in  devices with iOS 13.

Signing in with Apple is made easy for users to sign in to apps and websites using the Apple ID. One doesn’t have to fill out forms, verify email addresses, and choose new passwords, they can just Sign in with Apple to set up an account and start using the app. A two-factor authentication are used for superior security for all the accounts, and users’ activity will not be tracked in the app or website.

Apple improves the tracking transparency in location permission alert. In iOS12 we can provide permission ‘Always allow’ as an option to track the user’s current location always. Now they have changed the option to allow once. When the application is tracking the location in the background ,then it will show another prompt with ‘always allow’ option. Apple is also making it more transparent by checking how often an app accesses your location. A map is created, including the locations the app has checked in the background by giving a periodic alert and asks if you want to keep the apps settings how they are.

In iOS 13 they provide Bluetooth access permission when the app opens in the first time itself. If we denied the request the Bluetooth functionality will not be working in the application.

Hope, my points would have given you a glimpse on the important improvements of iOS 13 and if you look for deeper knowledge in these topics please refer to the WWDC videos 2019 keynote

Monitor the Application Performance with Retrace
A Note on Agile Methodology