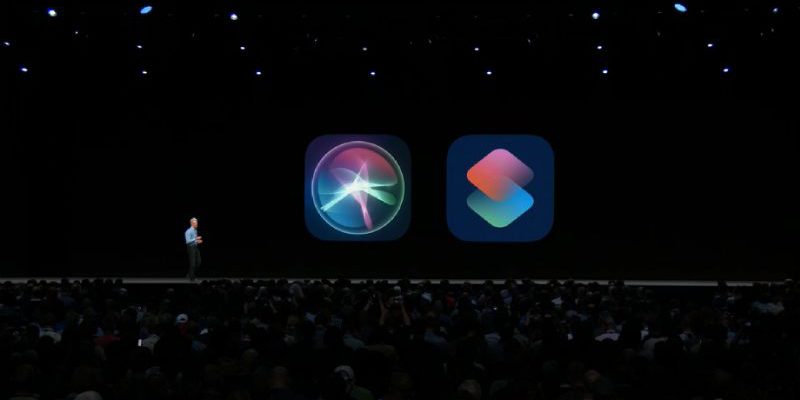 We saw the key takeaways from WWDC 2018 in one our previous post. In this post we will see in detail about the Shortcuts feature. The main idea behind launching shortcuts is to give the apps a new way to communicate with Siri. Basically, Siri Shortcuts lets you automate some of the common tasks you perform every day with your apps. This can be done in one step, like ordering a cup of coffee, or multi-step processes that involves several different apps.

One simple example Apple used on WWDC presentation was accessing hotel reservation information from the Kayak app. Instead of having to launch the Kayak app and search for the needed information, you can use the new “add to Siri” functionality.

Once added to Siri, you just record a shortcut — the phrase you want to use with Siri to trigger the action (in the Kayak example, it was “travel plans”). Once enabled, using that phrase with Siri will bring up the information directly from Kayak without launching the app.

There will be a dedicated Shortcuts app for iOS users.The app might look quite similar to the workflow app. This app will use a simple drag and drop UI, so you can create very specific shortcuts. For example, you could set up a shortcut for your daily routine activities like sending a text message, playing your music just by telling Siri “I’m going home.”  Also if you are cricket fan and you want to see the scores everyday at a particular time, you can add short with phrase like “It’s play time” which will bring you the latest scores of live matches without having to launch the app. People will also be able to use the new app on the iPhone, iPad, HomePod or Apple Watch, through Apple’s new iOS 12

Like Shortcuts, Siri Suggestions automates common activities you do inside a app without actually having to launch the app. The assistant will suggest the action right on your lock screen based on your prior activities. For example, if you always open a particular app every morning, or put your phone on Do Not Disturb mode while driving, iOS 12 will be able to send you suggestion involving these activities so that you can add a shortcut.

So whether you use the Shortcuts app or just rely on Siri’s new Suggestions feature, Apple’s assistant should be making your life quite easier from iOS 12. We will see in detail about the other features that were announced in the upcoming posts.