Apple’s September 2017 special event Round up 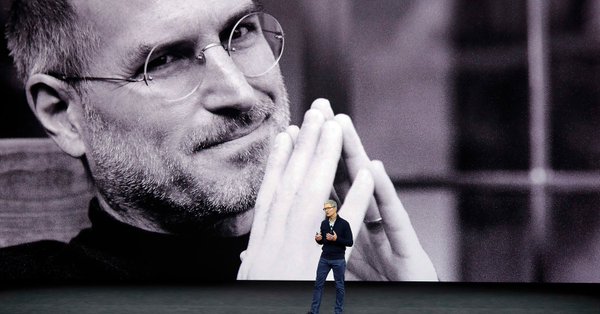 Yesterday Apple has announced their brand new products in all platforms and this is the first-ever event at the Steve Jobs Theatre. They gave 5 big updates in this event,

Watch series 3 runs on watchOS 4, which have a lot of updates and features in it. Now it will work 70% faster than previous watch series. The heart of the watch series 3 is redesigned W2 chip with Dual core. Like the previous series, watch series 3 too is swim proof. It can stand up to 18 hours of battery life. It costs from 329$.

Last year Apple Watch ranked number two for worlds best watch, but no more, because now it is moved to number one. Please have look at below video, “https://www.apple.com/apple-watch-series-3/” It runs on A10X fusion chip with 64-bit architecture. A10X is 2X time CPU and 4X times GPU performance than the previous version of Apple TV. With this A10X fusion chip, we can enjoy richer, more interactive games and apps.

Apple TV now supports live sports to get live scores of sports event and we have much more in new Apple TV 4K. Please have look at below video, “https://www.apple.com/apple-tv-4k/“ This year apple comes up with all new glass design in its new iPhone 8 and 8+, with an improved camera than iPhone 7 and 7+. iPhone 8 & 8+ have the most advanced chip in the smart phone called A11 Bionic. A11 Bionic is a 64-bit architecture, 6 core processor with 4.3 Billion transistors in it.  The brand new A11 Bionic has 4 efficiency cores for providing 70 % faster performance than A10 chip and it has 2 performance core to give up to 25% faster performance than A10 chip.

iPhone 8 also has a redesigned 3 Core GPU which is up to 30% faster than A10 fusion chip. The brand new iPhone 8 & 8+ gives greater way for Augmented Reality(AR), the developers can make use of A11 Bionic with ARKit to develop greater AR apps. The glass formed design in front and back allows iPhone 8 & 8+ to charge wirelessly. It has Retina HD display with TrueTone, which gives you a wide color gamut and 3D Touch. With TrueTone technology, its display automatically adjusts white balance based on light around you. The portrait mode photo got new improvements in new iPhone 8+. Apple introduces Portrait lighting in camera app to create dramatic studio lighting effects in Portrait mode. iPhone 8 and 8+ available in 64 and 256GB variant and it has new space gray, silver and gold finishes. iPhone 8 costs from 699$ and iPhone 8+ cost from 799$. Apple has given a sneak peek into its new way of charging wirelessly named AirPower. This is capable of charging iPhone, Apple Watch, EarPods and its case at the same time. We can expect AirPower in next year.

These are the great products apple have released in yesterday’s event, surely these products will take you to the next generation of Smart Phone, Smart Watch, and Smart TV experiences. Hey, wait… Did I miss something? Yes, it’s the….Brand new…wait before we get started I suggest you take look at this video. “https://www.apple.com/iphone-x/” This brand new beast has the edge to edge 5.8 inch super Retina display. The display employs new techniques and technology to precisely follow the curves of the design, all the way to the elegantly rounded corners. iPhone X have first OLED screen that rises to the standards of iPhone, with accurate, stunning colors, true blacks, high brightness, and a 1,000,000 to 1 contrast ratio. Instead of pressing the home button, you have to swipe up to get the home of your iPhone.

FaceID – It has TrueDepth camera to provide you a new way of unlocking your iPhone X called Face ID. We know that there is no perfect system, the possibilities of cracking a Touch ID is 1 in 50,000 attempts, but for Face ID it is 1 in 1,000,000(1 Million)attempts. The TrueDepth camera projects and analyzes more than 30,000 invisible dots to create a precise depth map of your face. Say bye bye to Touch ID and home button in iPhone X. Animoji – Apple moved to next step of emoji is called as Animoji. The TrueDepth camera analyzes more than 50 different muscle movements to mirror your expressions in 12 Animoji. Reveal your inner panda, pig, or robot(Haha).

Camera – With portrait lighting and Dual OIS (Optical image stabilization) the photography in iPhone X is brilliant than ever.

Neural engine – A11 Bionic chip has build in a neural network which is called as a Neural engine. It has the capability of performing up to 600 billion operations per second, Face ID will make use of it to unlock your iPhone as faster as possible.

Rate – Like always it’s never going to be a cheaper one. New iPhone X will cost from $999.

These are the small sneak peak about the new products that apple have released in yesterday event. We can See what’s news in iOS 11, tvOS 11 and watchOS 4 in future blogs.